Interfacing a PS/2 keyboard to a microcontroller 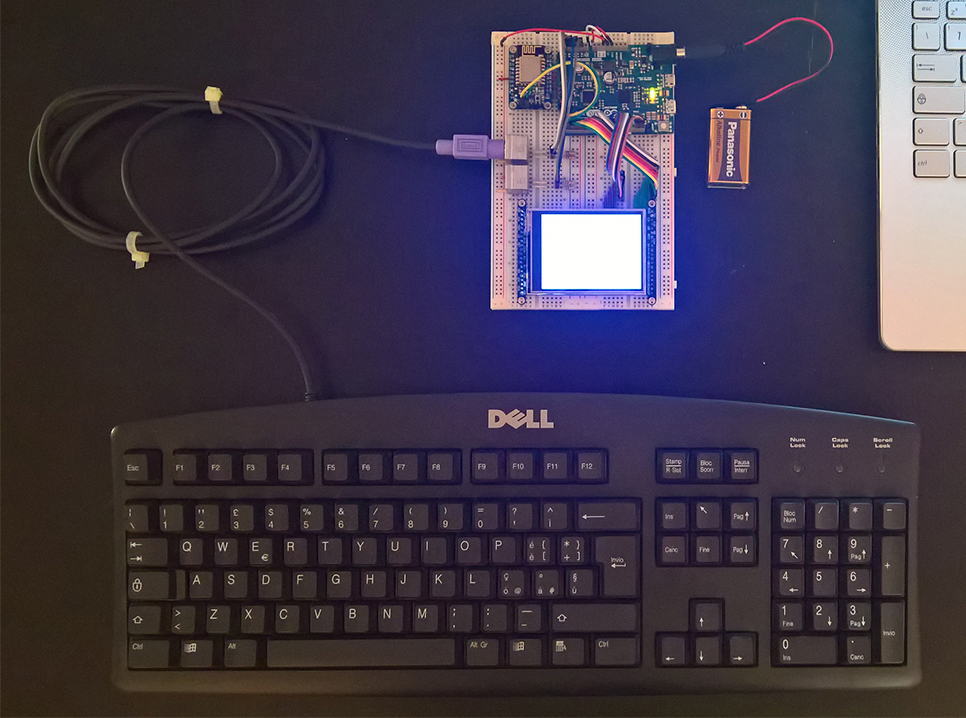 In this article I explain how to interface a PS/2 keyboard to a microcontroller. Reading characters from a keyboard is just a matter of understanding the PS/2 protocol which is quite easy to implement. To communicate with a keyboard we must connect it somehow to the micro.

The electrical interface and the connector

The physical PS/2 port is the is the 6-pin DIN connector. The connector pinout is shown below: 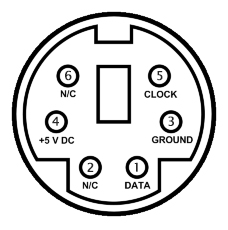 Vcc/Ground provide power to the device (5V) while Data and Clock are two open collector lines with pullup resistors to Vcc. The resistor value is not important (1 – 10 KOhm), smallest values give smallest rising time while larger values allow for less power consumption. I use a PCB connector and repurpose it so I can use it with a prototyping breadboard in my projects: 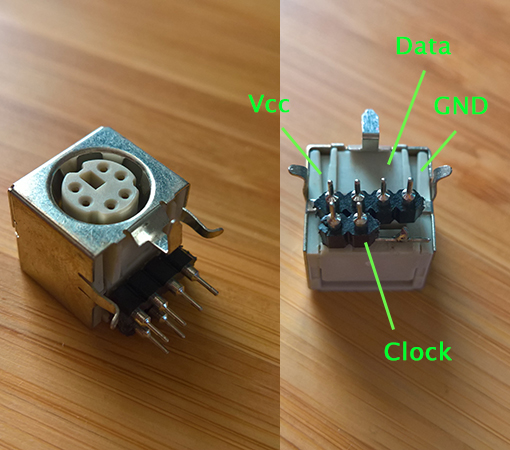 After clocking in the stop bit the device pulls the data line low to acknowledge the data, then generates the last clock pulse and release data and clock lines. Host to device communication is useful to send commands to the keyboard.

Even if most make codes are one byte long there are some extended make codes that are made up of two or four bytes (all these scan codes begin with the byte 0xE0). Whenever a key is pressed a scan code is sent to the host. It’s important to note that a scan code corresponds to a physical key on the keyboard and is not associated with a character of a particular character set and it’s up to the host to translate the scan code to the matching character. When a key is released a break code is sent to the host: the break code is the make code preceded by 0xF0 (extended keys break code is 0xE0, 0xF0 and the code for the key).

At reset the keyboard performs what is called a BAT (Basic Assurance Test) and sends 0xAA if successful or 0xFC if failed (the leds on the keyboard flash if any).

Reading scan codes from the keyboard

The easiest way to read data sent from a PS/2 keyboard is to use external interrupts. All microcontrollers allow to trigger an interrupt when a specific event occurs on an external pin and most of them have a dedicated external interrupt controller. During device to host communication the host samples the data line when the clock is low, so it’s easy to set up a trigger when the pin connected to the clock line goes low and read the scan code from the keyboard. The ISR simply calls keyboard_handler() which reads the scan code and then calls keyboard_decode(), which translates the scan code to a character (an array is used as a look-up table) and puts it into a FIFO buffer:

figure 6: my project with a SAMD21G18A with a TFT display and two PS/2 connector