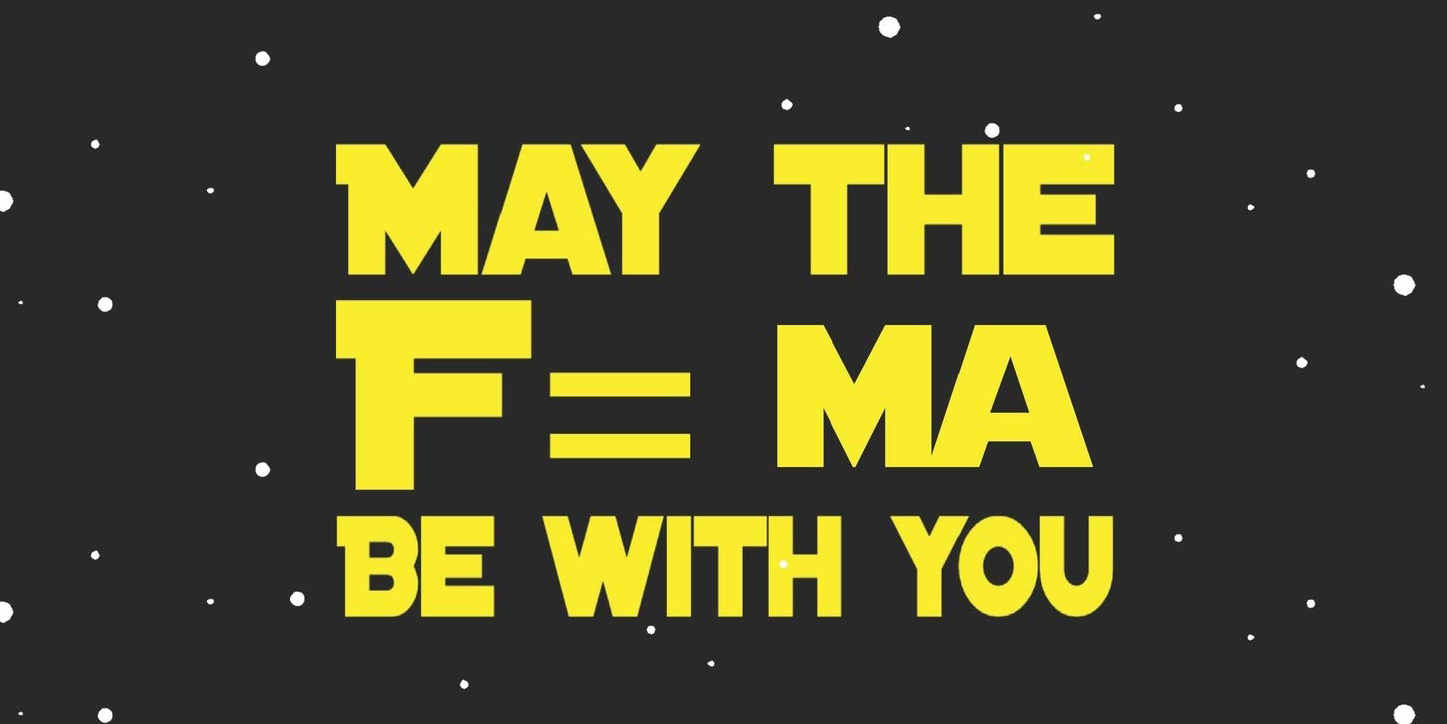 This article is a brief summary on how to write differential equations of motion for a rigid body. From these, we can use a finite approximation to calculate a rigid body’s pose (position and orientation) and motion (for both linear and angular velocity). It is very math heavy, and it is not intended as an explanation of each equation (for that I suggest a very good book on mechanics like Goldstein), but as a brief recap of all the equations needed to derive a physics engine for a game.

The transport theorem allows to calculate the derivative of a time-dependent vector quantity in a fixed space, knowing the components in a rotating frame, and vice-versa.

Let’s consider two frames: one is a fixed frame in the world and the other is attached to a rigid body and moves with it. Let’s call the fixed frame

and the moving frame

can be expressed with a rotation matrix

A time-dependent vector quantity has components in both

and they are related by the rotation matrix with the following equation:

We can then calculate the time-derivative of the vector quantity

is a skew-symmetric matrix which represents the angular velocity operator. Applying this operator to a vector is the same as taking the cross product with it:

substituting this into () we get the transport theorem:

we can write the derivative of a time dependent vector with the following vectorial notation:

by left-multiplying by the rotation matrix:

which is the vectorial equation nn written in

The transport theorem will be useful when we need to calculate the derivative of the angular momentum  of a rotating body.

Let’s consider a point of a rigid body

attached to the body, with origin

, and an (inertial) world-fixed frame

: the point’s coordinates in the two frames are related by:

is the rotation/change of coordinates matrix. If we calculate the absolute velocity of the point, since

components are constant in

as we’ve seen in the preceding section,

) that we indicate as

Its RC components are

A seen, s skew-symmetric operator can be written as a cross product in

and substituting we get

So if we indicate the absolute (relative to the world/

and of the origin

, we get the fundamental equation of the kynematics of rigid bodies:

Newton’s second law of dynamics states that a force acting on a material particle causes an acceleration that is inverseli proportional to the particle’s mass. This is true for all particles in the system:

if we sum for all the particles in the system:

Newton’s third law of dynamics affirms that two particles exchange two equal and opposite forces , so each interaction cancels itself out:

Let’s now take the moment of each term:

each couple of forces exchanged by two particles is a null torque:

Linear momentum of a particle is defined as the mass times its velocity:

summing on all particles in a system we get the total linear momentum:

the derivative of total linear momentum

This equation is valid for rigis bodies as well.

The angular momentum of a particle with respect to a point

summing for all particles in a system we get the total angular momentum with respect to &A&:

the derivative of total angular momentum:

since we know from equation above that

if A == G the second term on the left side of the equation is null:

Angular momentum for a rigid body

if we substitute into the definition of total angular momentum:

the triple cross product can be expressed as

Now, if we project this vectorial equation on the axis of

moments of inertia and

what we are interested in is the absolute derivative of the total angular momentum. Remembering the transport theorem above:

I is constant in

substituting into the original equation we get

if A = = G the equation simplifies:

Equations of motion for a rigid body

We now have the equations describing the linear and angular motion of a rigid body in space: